Friends will be friends? A cautionary tale

By David Allum
on December 03, 2020
In 1986, the late great Freddie Mercury serenaded us with the line:
“When you're through with life and all hope is lost,
Hold out your hand,
‘Cause friends will be friends,
Right ‘til the end”. 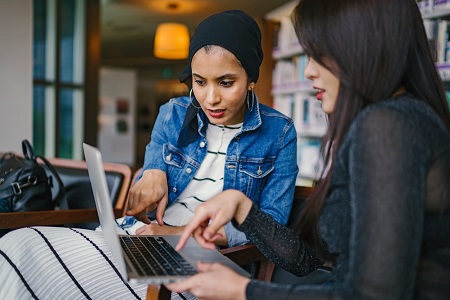 This may sound a bit cynical but having worked with a number of businesses, (not just tech start-ups), it is sadly something that I have seen all too often. Two great friends share an idea over a drink and start to form an idea that has good commercial merit. In a race to see the idea gain fruition, a company is hastily set up, each friend getting 50% of the company and the basic documents required as a minimum are filed. Neither friend gives a second thought to the way the company has been set up or what the rights as shareholders are, or indeed where they each may be in a few years’ time.

Skip forward a period in time, the idea has become a reality, the company has been trading successfully and all seems well. The following week, one of the friends has a great idea and wants to change the way the product is marketed or make a slight modification to it to enable a new market to be entered. The other friend disagrees and is very much against the change, “that isn’t what we set this company up for. I’m not doing it."

Debate turns to argument, argument turns to disagreement, disagreement turns to silence and soon enough the business is in a bad place. The two once great friends can no longer bear to be in the same room or hold a sensible discussion about where best to take the company. Slowly but surely, the focus turns away from the product, growth and customer service and the company loses its edge.

An opportunity ripe for development becomes missed, the product loses market share, a new competitor comes into the market place and slowly but surely the once great empire starts to fail. The two great friends vow never to speak again, and the lawyers get involved. Their first question, “can I see a copy of your shareholders agreement please.” The response? Silence. Why?

At the start of the company, the two great friends didn’t get professional advice and instead set the company up as simply as possible. There was no consideration of the fact that one day there may be a disagreement as to the direction of travel for the company. In short, there was no shareholders agreement drafted and agreed. Such a document can be quite simple, or it can be lengthy.

It can be updated as the company develops or new shareholders are admitted. The procedure to be followed in the event of a disagreement can be agreed ahead of any dispute and set up in a way that both shareholders feel is amicable and appropriate. Again, this may be a simple method, it may be quite complex. What is critical though, is that it is agreed and signed so that in the event of a disagreement, the shareholders are able to use the agreed upon dispute resolution clauses to reach an amicable agreement and ensure that the needs of the company are met and the brilliant idea behind the company is kept going.

It may sound like a negative thing to do at the start of the new venture, but a formal agreement can help avoid a world of pain in the event of a dispute. All too often businesses do suffer as a result of disputes which cannot be resolved where there is no shareholders agreement.

Whilst the drafting of such a document is usually the job of a solicitor, UHY can help by facilitating introductions or discussing what some of the clauses may look like. If you wish to make sure your shareholders are indeed friends till the end, do speak to your usual UHY adviser on this matter.