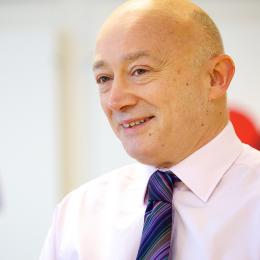 Mike has specialised in personal tax for over 40 years. After six years with the Inland Revenue concentrating on Employer PAYE compliance work and investigations, he spent five years with a 'Big Five' firm dealing with the tax affairs of wealthy individuals, expatriates and international executives before joining UHY Hacker Young in 1987. At UHY Hacker Young Mike has continued to specialise in PAYE and National Insurance issues affecting employers, Inland Revenue investigations, and deals with a large number of personal and professional Partnerships. Mike is (unfairly) perceived as the office globetrotter and enjoys nothing more than travelling to unusual destinations, being able to order drinks in a multitude of languages, playing his battered guitar and drawing the odd - some say, very odd - cartoon.

Mileage rates - September 2021
Company car users: further changes to tax free fuel rates from 1 September 2021.
Read more >>
HMRC catches massive tax avoiders in backyard
After many months working from home, no social life, the dark winter days and so on, there is sometimes a brilliant shaft of light to bring a smile to anyone involved in the world of tax.
Read more >>