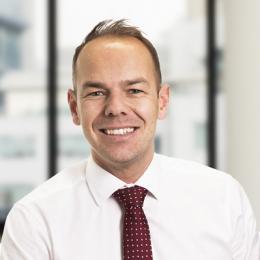 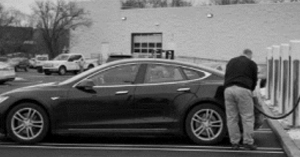 Publications featured in include: City AM, AM Online and The i

Over the same period, ownership of electric cars only increased by 61%, as Tesla’s move from niche luxury vehicle maker to mass-market manufacturer begins to take shape. The rise in Tesla ownership this year coincides with the June 2019 launch of the Model 3 – its first mid-market model, priced at £40,000.

While the brand still has only a small share of the overall new car market, in the UK, Tesla’s growth is likely to continue this year. The Model 3 was the UK’s top-selling car in April 2020, as Tesla’s highly-developed online sales model proved resilient to Coronavirus lockdown while car dealerships were forced to close.

Many ‘early adopter’ Tesla owners are now replacing their cars with newer models and older models are entering the used market, driving up the number on the road in the UK.

Where are the UKs Tesla hotspots?

Milton Keynes, as a town specifically designed around car use in the 1960s, is well-positioned to adapt to high usage of electric vehicles. Its local authority has encouraged use of electric cars, installing 106 electric charging points per 100,000 people, the highest proportion in the UK outside of London. It is also the location of one of twenty-two UK Tesla dealerships.

Milton Keynes is home to the UK headquarters of major businesses including Argos and Network Rail. It is also one of the UKs top five towns for business start-ups, with 583 new businesses per 10,000 people created last year**.

The popularity of Teslas in Milton Keynes may also be related to their growing use among company care fleet operators, several of which are based in the area. As electric vehicles are exempt from both road tax and Benefit in Kind taxation on charging provided by an employer, Teslas are beginning to become a more popular choice in company car fleets.

Stirling is one of Scotland’s wealthiest towns. It has the second highest average annual pay in Scotland at £36,100 compared to an average of £30,600 in Scotland. Situated thirty miles from both Glasgow and Edinburgh, it is an attractive home for well-paid commuters. Average house prices in the town’s King’s Park neighbourhood are more than £675,000***.

Following Milton Keynes and Stirling on the league table are Derby (146), Hertfordshire (128) and Windsor and Maidenhead (118).

David Kendrick, partner in our Manchester office, says: “Milton Keynes is a great example of a town that makes electric vehicle ownership accessible. A lack of public charging points is one of the big barriers to adoption for many consumers. Milton Keynes shows what happens when a town prioritises provision of that vital infrastructure, it is a model that other local authorities may follow.”

“Stirling is a Tesla hot spot, which may come as a surprise to some. Its proximity to both Glasgow and Edinburgh has made it a real pocket of wealth, with a lot of affluent commuters choosing Teslas for their journeys into the cities.”

The Top Ten local authorities for number of Teslas per 100,000 people in the UK