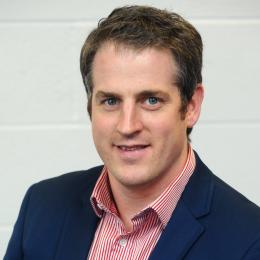 Elliott joined UHY Hacker Young in 2011 having previously worked in a mid-tier firm in Cardiff for ten years.  Initially joining as a manager, Elliot quickly progressed to the position of senior tax manager and now holds the position of client partner. He is responsible for all tax related marketing and business development and also plays a prominent role in the firms marketing and business development strategies.

Elliott’s expertise lies within planning work for corporate and personal clients; providing services and advice on topics such as R&D tax credits, patent box, incorporations and company reorganisations. Elliott is also a member of the Institute of Indirect Tax which means he is one of those people who likes VAT!

Elliott also heads up UHY Hacker Young’s Newport sports desk acting for numerous Welsh and English rugby international teams as well as cyclists, athletes and footballers. Sports, is a particular industry sector Elliott enjoys along with opticians, landlords, construction and technology companies. He is also well known for writing numerous articles in national newspapers and magazines as well voicing his opinion on BBC radio Wales with regards to the Budget and Autumn Statement announcements.

In 2016, Elliott was acknowledged in Accountancy Age’s ‘35 under 35’ report. The list recognises the best and brightest young accounting talent in the UK.

Outside of work Elliott is a father to three young children and enjoys any sport (playing or watching), as well as running or walking silly long distances for charity! He is also a dab hand in the kitchen.

Image Rights explained
Traditionally, the majority of sports clubs have remunerated players solely for their playing abilities; however, as the sports sector becomes ever more commercialised, this concept is changing and is doing so through the use of Image Rights.
Read more >>