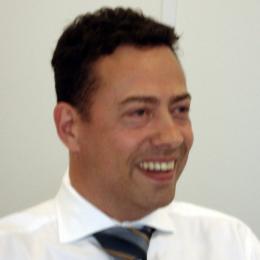 By Andrew Hulse
on March 04, 2020
Taxation has been used as a social engineering tool for centuries. Could it now be adapted to help to deal with climate change? 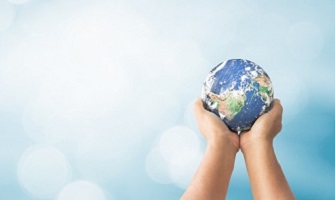 Taxation is not just a method of raising public revenue. It has been used as a social engineering tool for centuries. Could it now be adapted to help to deal with what many consider to be the greatest threat to our way of life; climate change?

One of the issues that increasingly provokes debate is climate change. In spite of the overwhelming consensus of opinion in the scientific community, there remain many climate change deniers, some of them in charge of the world’s largest (and most polluting) economies. This naturally creates public apathy. “Why should we change our ways when China is building one new coal-fired power station every week?”

Nevertheless, 2019 was the year of the tipping point. There has never been greater public awareness of the damage caused by mankind’s polluting behaviour and its accompanying CO2 emissions.

Of course, the planet has experienced temperature fluctuations before, but this time there is a difference. The global economy and the well-being of human populations are likely to be severely disrupted by climate change effects, such as loss of valuable land to the sea, desertification of agricultural land, and migration due to large regions becoming uninhabitable.

Taxing carbon rather than money

In September of last year, the OECD produced a report for the UN Summit on Climate Change entitled 'Taxing Energy Use'. This report gathered information from 44 countries on the taxation of energy-related carbon emissions. The countries concerned are responsible for 80% of world emissions. The gist of the publication is that most countries’ tax structures are poorly aligned with pollution caused by energy production and that we should be taxing carbon rather than money.

A figure of €30 per tonne of CO2  emitted is used as a benchmark for the environmental cost of any energy source (although this is thought to be an absolute minimum). Many countries now tax road fuel at a higher rate than this, the UK included, but road transport represents only 15% of emissions world-wide. Coal, whose use contributes about 50% of global CO2 emissions, is taxed at zero percent nearly everywhere. In fact, many economies actually subsidise the extraction and use of fossil fuels; it is calculated that these subsidies amounted to $140 billion in 2017. Aviation and shipping, which together generate more emissions than road transport, are not taxed anywhere.

In the UK, the effective rate of carbon tax on road fuel is one of the highest at €320 per tonne, but the rate of tax on the other 85% of emissions is only €13 per tonne. This pattern is repeated in most of the other 44 countries.

The argument of most governments against taxes on fossil fuels is one of affordability. Nevertheless, most advanced economies increasingly tax electricity generated from non-combustible sources more leniently than that generated from combustibles. The OECD’s view is that this trend should be accelerated to encourage more investment in renewables. In fact, it estimates that raising carbon taxes to €30 per tonne of CO2 would generate additional revenues to the value of 1% of GDP.

Such a radical change in the basis of taxation is not without its problems, the obvious one being that as it encourages a reduction in the use of fossil fuels, associated tax revenues tend also to reduce. Another issue is that such taxes may impact more on those with low incomes, but the OECD argues that additional 1% could be used either to reduce tax rates on the lower paid, or to benefit disadvantaged sectors of society through investment in health care, education and infrastructure. So we are perhaps inevitably back to taxation as a tool of social engineering. As the Secretary General of the OECD puts it, “Energy taxes are not the sole solution, but we can’t curb climate change without them. They should be applied fairly and used to improve well-being and ease the energy transition for vulnerable groups.”

Do we get to keep our planet?

Here in the UK we are still dependent on fossil fuels. Any move towards the kind of taxation structure proposed by the OECD will have to be gradual, but change will inevitably be accelerated by increasing public pressure, and when it comes we can expect a very different lifestyle. When air travel is taxed so that it pays for its environmental impact we will no longer have the benefit of cheap airfares and bargain package holidays. Heating our homes will be more expensive so our existing housing stock will be replaced by more energy-efficient dwellings. Carbon taxes will increase the cost of shipping so imported goods and foodstuffs will cost more.