Publications featured in include: City AM and The Caterer.

The lockdown and social distancing rules meant that the restaurant sector was one of the hardest hit by the pandemic.

Despite the Government support, some restaurant chains such as Prezzo, Byron Burgers and Carluccio’s went into insolvency during the pandemic. Other large chains, such as Frankie & Benny’s and Pizza Hut were forced to close sites and use CVAs to cut costs and keep businesses afloat.

Whilst many restaurant businesses were able to keep afloat by CBILS or BBLS lending, they are now having to begin repayment of those loans, putting pressure on their cashflow.

Restaurants are also encountering the challenge of trying to make the most of the rebound in trading, whilst being short of staff.

Peter Kubik, T&R Partner in our London office explains that the hospitality sector has found that after Brexit and without a regular flow of younger workers from the continent, it has been far harder to recruit. That has pushed up wages at a time when trading is still volatile and other input costs are also on the rise.

Peter Kubik adds that although more restaurants are expected to become insolvent, these insolvencies could lead to a helpful recalibration of rents for the hospitality sector. With the end of the moratorium on evictions of commercial tenants likely to create even more unoccupied space on high streets, falling rents could entice new entrants into the sector.

Peter says: “The end of lockdown has not resulted in a painless rebound in fortunes for the sector. Many restaurants are struggling to pass on increased food and wage costs to customers which is putting margins back under pressure.”

“They are also facing the threat of decreased consumer spending caused by next year’s increase in National Insurance.”

“The Government has stepped in to help and provided a great deal of support for the sector but it’s likely that even more will be needed, its no surprise that the industry is fiercely lobbying for an extension of its lower VAT rate.” 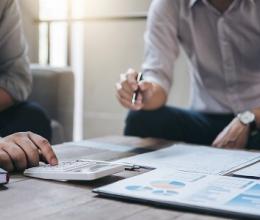