Our sponsorship of Shelly Woods 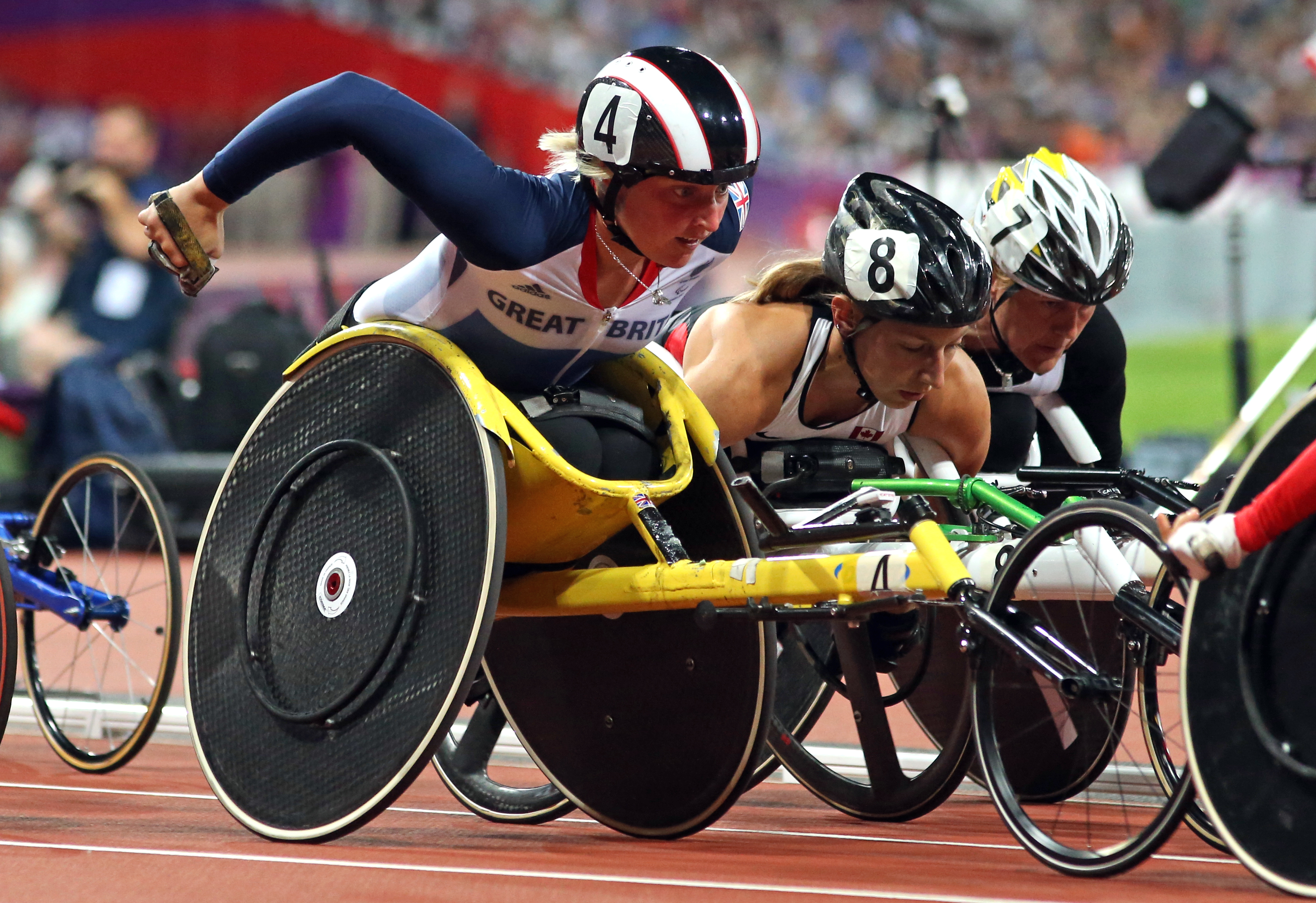 Shelly is a T54 wheelchair racing athlete who has competed at the highest level in the sport. Her achievements to date include winning:

For a bit of insight into the wheelchair racing and events that Shelly’s involved with, take a look at her video, here.

As an active child, Shelly was always extremely competitive and heavily into sport.  Following a tragic accident at the age of 11 when Shelly fell from a tree during a game of hide and seek with friends, however, she was left paralysed from the waist down after breaking her back at the T12 vertebrae, leaving her wheelchair bound.

As a naturally competitive individual, Shelly didn’t let that stop her. She began wheelchair racing at the age of 16 and competing on a national level shortly after. Shelly’s natural flair, hard work and determination has enabled huge success for her and, as well as public speaking and school visits, racing has been her full time career ever since.

We were introduced to Shelly by her husband, Chris Oxley – who is a partner in our Manchester office. Following the birth of their son in 2017, during which time Shelly took a short break from competition, she has been training six days a week in order to get back to her competitive peak.  Her first competition after her return was the Manchester 10km in May of last year, which she won.  She then quickly followed that success with two further wins in the following week at both the Westminster Mile and the London 10km.

Despite Shelly previously receiving funding from UK Athletics and other leading sponsors, including the likes of BP, British Airways, Nestle, BMW and Adidas, she found herself without a main sponsor at the end of last year. We of course jumped at the chance to provide financial support to Shelly. Since beginning our support for Shelly, she has already placed second at the end of last year at the Singapore Marathon (which you may have seen covered on our social media feeds).

We will continue to keep you updated with Shelly’s progress and achievements at all the planned events.

To follow Shelly’s progress and keep an eye on her achievements throughout the year, you can follow her on Twitter @ShellyWoods86, and we will also be sharing updates via the UHY Twitter account @UHYHackerYoung and on LinkedIn www.linkedin.com/company/uhy-hacker-young. For all posts relating to Shelly we will be using the hashtag #UHY4Shelly