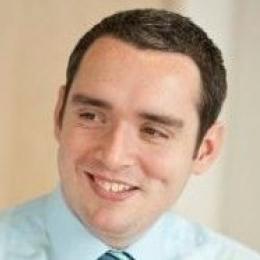 Nick joined UHY as a manager from KPMG’s London office in July 2013, before becoming a partner in May 2016.  He qualified as a Chartered Tax Adviser in 2010 and a STEP practitioner in 2015.

Having previously worked at two top 30 accountancy firms, as well as a big four firm, Nick has built up an extensive knowledge of all tax matters, particularly specialising in compliance work and tax planning for private clients, partnerships, and trust and estates.  Nick is also authorised by the ICAEW to deal with applications for probate.

Nick, who married Alex in 2013, is a keen football fan and is enjoying playing whilst he still can.  His children also manage to keep him busy in his spare time.

Leaving your affairs in order – what you need to consider
While most of us find it difficult to think about our mortality, the fact is that one day we will be gone and that someone (family, friend or perhaps a professional adviser) will have to deal with what we have left behind. We owe it to them to make that task as easy as we can.
Read more >>
Probate
At what is inevitably a difficult and emotionally fraught time, completion of the Inheritance Tax return and applying for Probate are often tasks that no bereaved family member wants to tackle (even if they feel that they have the skills to do so). It is therefore very much the norm to seek professional assistance. Our London, Letchworth, Kent and York offices are now licensed to offer non-contentious probate services.
Read more >>