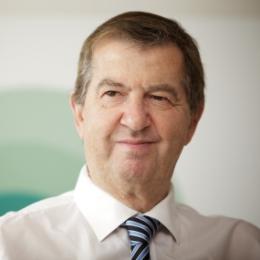 Ladislav Hornan was born in Prague and came to London in 1968 where he completed his education and professional qualifications. He has specialised in insolvency and corporate recovery since the early 1970s, becoming a partner with UHY Hacker Young in 1980, and has since worked as an adviser to UK clearing banks, other financial institutions as well as clients of law firms and other accountancy practices.

Ladislav was elected London office Managing Partner in 1995 and continued to hold this post for 23 years, until he handed the reigns over in May 2016. He was also Chairman of the UHY International network, having held the position previously from January 2002 to October 2007, being reappointed to the post in 2012-2015.

Ladislav remains a partner in London and on the UHY International Board. As a Licensed Insolvency Practitioner, Ladislav specialises in:

His work has covered many industrial sectors: engineering, food processing, pharmaceuticals, manufacturing, contracting, high technology, clothing manufacturing, retail, printing, property investment, hotels and travel business. For many years Ladislav has also been involved in a variety of charities and on professional committees.