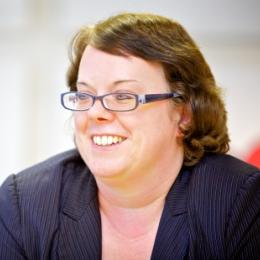 Julie qualified in 1999 and joined UHY Hacker Young in March 2001 as a senior in the business advisory services department.  Since then the department has grown substantially and Julie has steadily progressed to a director position within the firm. Julie has over 20 years’ experience working in practice and works closely with her clients, giving a personalised service and developing strong long-term relationships. Julie has a wealth of experience managing audit and non-audit assignments of varying sizes across a range of sectors.  She has expertise in advising family owned companies, from small owner managed businesses to large family controlled groups, as well as acting for a number of companies with overseas subsidiaries or parents. Julie also specialises in the charity and not-for-profit sector providing a wide range of services to charity clients depending on their circumstances and requirements, including accounts preparation, independent examination and audit, and liaising with the Charity Commission, including the preparation and submission of Annual Returns. Since 1993 Julie has been a member of the Association of British Tennis Officials and officiates at tennis events around the country, including Wimbledon.  Julie line judged on Centre Court in 2009 when the roof was used for the first time during the Championships and was infamously hit by an Andy Murray serve, which was replayed several times by the BBC.

Charity Commission aims to give trustees certainty in uncertain times
A suite of 5 animated videos has recently been launched across social media channels, such as LinkedIn, Facebook and Instagram, in a campaign by the Charity Commission to help trustees update their knowledge of charity governance and be “certain in uncertain times”.
Read more >>
Business advisory services for the charity and not-for-profit sector
As a charity we understand you operate within a dynamic, competitive and highly regulated environment. We recognise that your time is valuable to you and we specialise in helping charities maintain a financially sound organisation by providing a variety of business advisory services.
Read more >>